Today I’m excited to be part of a cover reveal of Dream Eater for World Weaver Press. This is a gorgeous cover, and the book sounds fantastic! Here’s the description:

Her whole life she’s avoided other people. Any skin-to-skin contact—a hug from her sister, the hand of a barista at Stumptown coffee—transfers flashes of that person’s most intense dreams. It’s enough to make anyone a hermit.

But Koi’s getting her act together. No matter what, this time she’s going to finish her degree at Portland Community College and get a real life. Of course it’s not going to be that easy. Her father, increasingly disturbed from Alzheimer’s disease, a dream fragment of a dead girl from the casual brush of a creepy PCC professor’s hand, and a mysterious stranger who speaks the same rare Northern Japanese dialect as Koi’s father will force Koi to learn to trust in the help of others, as well as face the truth about herself.

So are you ready for the cover? Here it is! 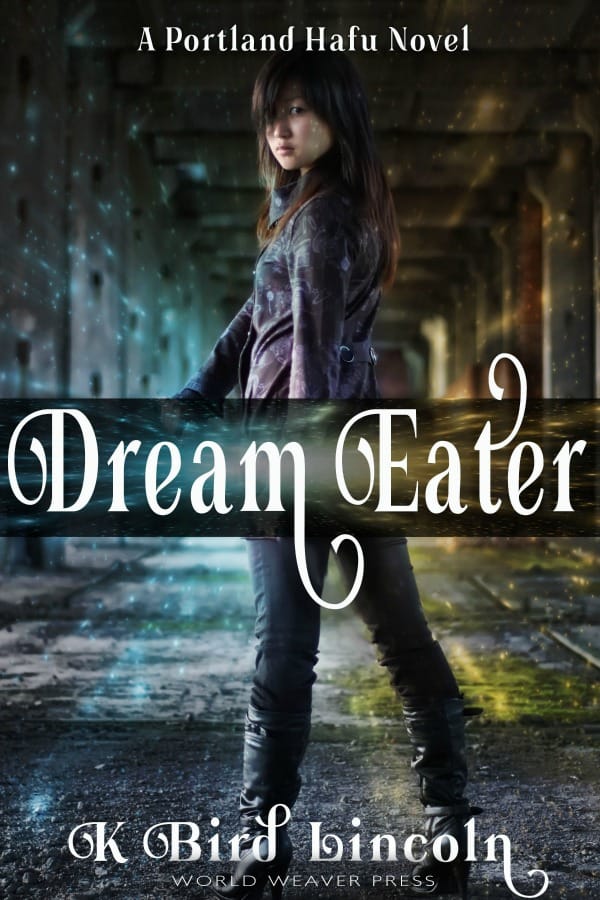 Check back here soon for a guest post from K. Bird Lincoln!