I’m so excited to show you the awesome cover Nicole Cardiff created for The Weather War! I am in love with this cover. I have it as the wallpaper on both of my computers (even the one I don’t write on) because it’s so perfect. The figures on the cover are Princess Azmei Corrone (with the daggers) and a new character, Eldry Karayan–a stormwitch.

Before I post the cover, though, I’m going to give you the blurb and buy links, because guess what–it has a release date too! It’s currently available for pre-order at $0.99 (it’ll be $3.99 after it releases) and it will be available September 19! Just in time for Talk Like a Pirate Day, savvy?

Princess Azmei died for her country three years ago–or so everyone but a trusted few believed. Having survived assassination attempts, the desert, dragons, and a treacherous plot designed to destroy her entire family, Azmei has finally managed to save her kingdom.

Now she has to save the world.

Azmei travels to Amethir, whose prince she promised three years ago to marry. With her is Hawk, the man who loves her, and Yar, the Voice of Dragons. They carry a terrifying message for the king of Amethir: the gods are waking and the world is about to shake.

Prince Vistaren of Amethir has also received a frightening warning, this one from a powerful stormwitch–weather magic is failing. Patterns of storms are beginning to build outside their prescribed season. While the Stormwitch Academy officially denies any problems, there are hints of trouble yet to come.

Azmei and Vistaren know they must act. But the king refuses to listen to them and the land is beginning to tear itself apart. Facing pirate attacks, seadragon swarms, and a strange woman who uses magic in a way no stormwitch should, Vistaren and Azmei know they must find a way to set things right.

But what price is too high to save the world?

Ready for the cover? Here it is! 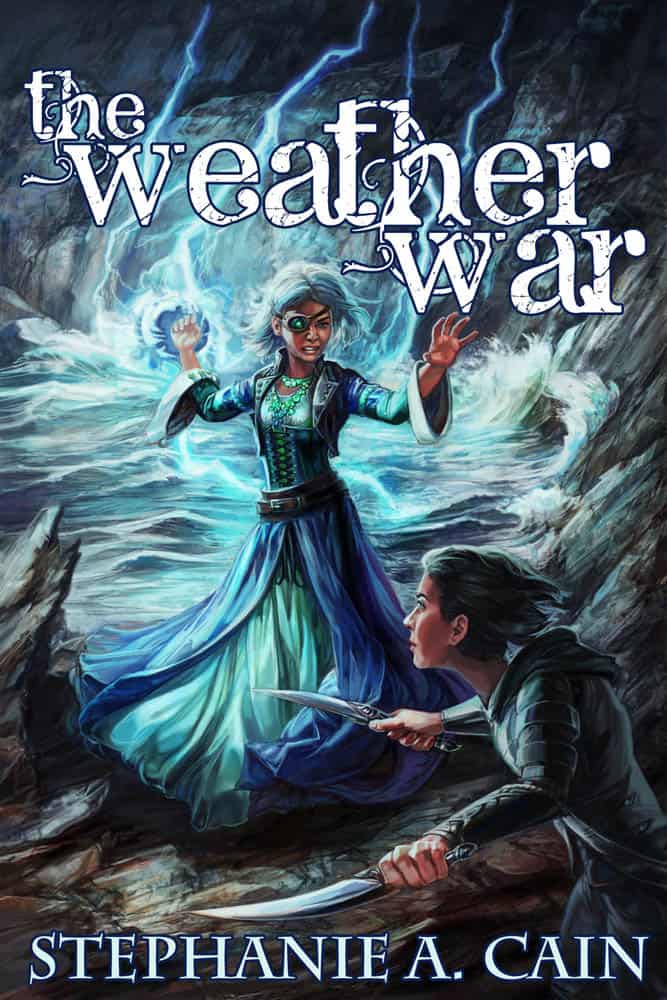 So what do you think? Isn’t it perfect?!