Wow, so far 2016 has gotten off to a rocky start for me. I suffer from mild chronic depression, and my doctor and I forgot to up my Zoloft dosage for winter this year, which was a mistake. So I managed a strong start to The Weather War, and then slumped. I have managed to write a lot of The 100 fanfiction, mostly because I have a great writing partner for that. But my actual original fiction work-in-progress has been languishing. 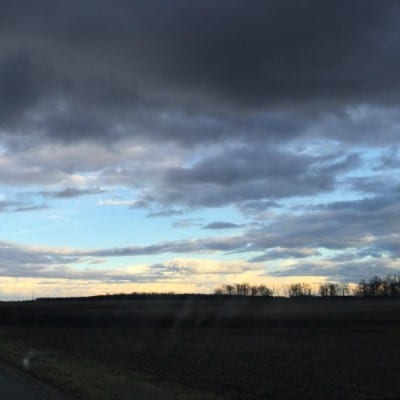 It’s finally warming up, though. The turkey vultures and red-winged blackbirds are back, and we’ve had our first thunderstorm of spring, and I’m feeling generally more positive than I had been lately. And since I’ve been seeing Laura’s #WIPJoy posts, I decided to do a mid-March catchup blog post about my WIP. Inspired by the #WIPJoy, I’m hoping this post will help revive some of my own joy about my WIP.

The originator of #WIPJoy is Bethany A. Jennings, who is someone I’ll be following with interest from now on. In the meantime, here are some of my answers to the #WIPJoy prompts:

1. What WIP are you sharing about? Name, genre, blurb?

My WIP is The Weather War, an epic fantasy and the fourth in my Storms in Amethir series. I don’t have a blurb I’m happy with yet, so I’ll share that later.

2. How long have you been at this labor of love? What stage are you at?

That’s a question with a complicated answer. :) I was actually writing The Weather War before I ever published Stormsinger. When Laura told me about the 8-Hour E-book Challenge, I wrote Stormsinger as backstory for a couple of the characters in TWW. Then I realized I had to finish that story, which led me to Stormshadow and Stormseer. So…almost three years and a novelette and two novels later, I’m back at work on the original story.

I’m writing Draft One right now, and I’m vastly behind deadline, because I’d meant to have it in my critique partners hands three weeks ago.

3. Describe the book’s atmosphere or mood in 5 words.

5. Name a song that reminds you of your WIP!

This is from a scene a couple of chapters in, when the protagonist is seeing her betrothed for the first time in three years, and it’s from his point of view.

She was thinner than when they had first met, he thought, and more muscular, less a young lady of books and letters and more a warrior princess. He had liked her well enough before, but thought the change suited her. As she beamed up at him, Vistaren could sense her strength despite her worry, her sense of self, and an iron determination.

7. When is your protagonist most maddening to you?

That’s a hard question–I really love my protagonist! But I’d have to say that, early in the novel, Azmei is avoiding the man she loves and having a hard time reconciling her emotions with her duties. And it’s a little maddening that she doesn’t just talk to him about it, instead of avoiding him.

8. What is most lovable to you lately about your protagonist?

She trusts her betrothed utterly, despite the three years they’ve been separated. And since I know his motivations as well as hers, I know he’s entirely trust-worthy. So there will be others who doubt him, especially later on in the novel, when he takes a drastic, desperate course of action. But Azmei never will. And he’s going to need that.

Her best friend was dead. Dead. How could he be dead? They’d grown up side by side, not blood siblings, but so close the villagers all called them the twins.

How could Rhys be dead?

Even worse was the knowledge, creeping and insidious, that it was her fault.

10. Could you ever be friends with your antagonist?

I think I could, actually, be friends with my main antagonist. She begins the novel as a lost young woman who’s just caused her best friend’s death. Unfortunately, while she’s lost, both in her emotional state and her physical location, she comes across forces that change her. Between those changes and her own self-loathing, she’s painful to write at times, but I sort of want to hug her.

11. What makes your antagonist so formidable?

Due to the tinkering of a mad-scientist type, Vannarin can see the weather without channeling or actively using her magic. When you’re fighting against stormwitches and trying to take over their hierarchical system, that’s a pretty serious advantage to have.

Azmei is on a mission given to her by prophets to stop the gods from waking and destroying the world. Vannarin has been changed by one god and dedicates herself to serving another, and her actions are intended to wake all seven. These are mutually exclusive goals.

13. What fears do your characters overcome?

Azmei’s greatest fear now is that she will fail in her mission to convince the King of Amethir to listen to the prophets. Her lesser fears are of the way her life will work out: the man she loves is not the man she is betrothed to, but she has a deep respect for her betrothed and a political need for this betrothal–not to mention that her betrothed, Vistaren, will need someone to give him heirs, since he’s gay. Vistaren fears that he’ll never have a deep, abiding love like that Azmei and Hawk have, or the one his parents have. He fears he will make

Kinnet’s smile was small and fierce. “I finally came to see him, at the end of the rainy season. It rained later than it should have in some parts of the kingdom. The foothills where the Ehb originates saw rain for more than a month past the Spring Evener. Other places, like the Sandswamp, it stopped raining too early, just days past the Evener.”

“You told him that?”

“I didn’t have to. He knew it as well as I. He receives reports from the Academy.”

“And so when you brought your concerns to him in person…” he prompted.

“Pralith told me I was creating a flood from a single raindrop.” She bit each word out like it hurt her. “He told me to stop imagining problems where none existed. The Academy would deal with anomalies as they always have.”

Vistaren frowned. While it was true that the king didn’t interfere with the Academy’s policies, for the most part, it seemed only courteous for the Academy to have informed the king about any such anomalies. “How often do these anomalies occur?” Perhaps his father already knew about this, but he never said anything about it to Vistaren.

“There was one fifteen years ago,” Kinnet said. “When the Bounder sank off Swordfish Island. And there was one last week. I fear the town of Anderly must be in ruins.”

15. What scares you most about writing this story?

What scares me most is the fact that if I handle this badly, this is going to turn into a message novel about global warming and environmentalism. That’s not at all what I set out to write, but as the story has developed, there are definite themes of not messing with nature too much and not taking resources for granted that are developing. I am a conservationist, but I don’t want to shove that message down people’s throats.

16. What scares you most about sharing it with the world?

What scares me most about sharing this is the same thing that scares me with every new work. That no one will like it. I don’t need a runaway best-seller (though I wouldn’t turn that down!) but I need at least one person to really connect with my story and find it satisfying in some way. And of course, the best way for me to hear about that is through an email or a review on Amazon or Goodreads.

They’d come at her in a semi-circle, blocking her path back to her cabin below. Their angry cries had resolved into a chant. “Kill the witch! Kill the witch!”

Her heart pounding, she shook her head, denying that it was her fault. She tried to dart around them, but someone’s hand lashed out at her, and pain exploded in her face. She’d screamed and backed away, hands out, pleading.

She’d backed up until she hit someone’s broad chest. Powerful arms wrapped around her, stopping her retreat.

“You didn’t tell us you were a witch,” growled a voice. It was oddly gentle, not distorted by the terror and loathing in the voices of the other crew members. That made it worse somehow. “You should have told us you were a witch.”

“No!” she cried, thrashing her head and trying to get away.

So from here on out, I’m going to try to do weekly posts for #WIPJoy for the rest of the month. We’ll see how that goes, but so far, just the act of putting together this blog post has made me more excited about the story again. Since there’s no The 100 tonight (darn that mid-season hiatus every TV show seems to do these days!) I’ll have extra time for writing instead of watching, weeping, whining, wining, and winning. :D