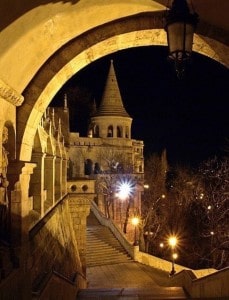 I’m still hard at work on Stormseer, and it’s closer than ever to being publication-ready. I’m aiming for a late March release date. In the meantime, I thought I’d offer a snippet of the novel-in-progress and a glimpse at some of the sources of my inspiration.

I use Pinterest to gather images that inspire me, and usually when I start working on a project, I put together a collage wallpaper using PicMonkey so I have a visual reminder every time I boot my computer of what I should be working on!

The images for this blog post are from my Stormseer inspiration board.

And now, for a sneak peek into an early scene of Stormseer:

“I have been negotiating with the Strid this season,” Marsede said. “Not for peace, as that would please none of our people and solve no problems, but yet for common ground, from which we may eventually reach some truce that would end the fighting while we attempt true peace talks.”

“What!” Razem bounced back out of his seat, mouth open, but his father was already gesturing for him to sit down and be silent. Razem swallowed his protests but remained standing, glaring defiantly at his father.

“Sit you down, son.” Marsede’s voice was harder than it had been a moment before. “You will hear me before I listen to your diatribe against the Strid. I am weary of war. My council is weary of war. My people are weary of war. It would not surprise me were the gods themselves weary of this war. The only people gaining from this war are those who supply the army with weapons and armor and food.”

“And Azmei’s murderers!” Razem burst out. “Have you forgotten about your murdered daughter?”

“How could I?” Marsede’s voice crackled harshly. “Did I not raise her? Did I not dandle her upon my knee? Do not lecture me about your sister, boy!”

Around the table, several of the assembled counselors shifted in place. Razem swallowed the accusations he had been ready to spew. His face grew hot. His father had never spoken to him thus in front of the council. They had exchanged plenty of heated words in private, but never in public. Suddenly he wished very much to be back in the practice ring with Kho instead of here in the council chamber. He dropped back into his chair without a word.

Razem didn’t know if his father was expecting him to respond. He wasn’t sure what he would say. Azmei might counsel peace if she were here. But if she were here, Razem would have no need to argue.

“I have sent emissaries in secret to speak with the Strid. One of the Diplomats who traveled here after Azmei’s death was willing to negotiate on our behalf. He has been half a year in Salishok, and finally he has accomplished at least one of the objectives we gave him.” Marsede stopped pacing and placed his hands on the table, leaning in to look at each of them in turn.

Razem wondered if he was supposed to ask. He didn’t. His father had told him to be silent as if he were a small boy. Very well, he would be silent.

When no one asked, Marsede leaned forward still further. “The Strid have agreed to give us Jacin Hawek.”

For a stunned moment no one spoke. The counsellors looked around at each other, mouths open but silent. Razem stared at his father, wondering somewhat inanely why Emran Kho wasn’t here. What would Kho do if Hawk came back to the Tamnese army? Kho had been his commander, but everyone had known it was Hawk who directed the movements of the soldiers, Hawk who was the truly brilliant strategist. 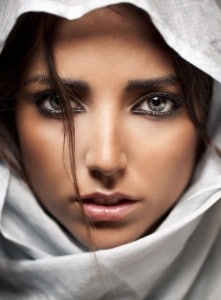 The silence dragged on so long it was becoming uncomfortable. Razem could see that Lady Tel wished to speak, but she only stared at him. Lord Belnat was gnawing on his lower lip with such fervor that Razem wondered if it would be bloody when he left the council chambers.

Razem cleared his throat and stood again. “At what price?” he bit out.

Marsede met his gaze. “We are returning their self-styled Duke Oler.”

“The Deranged Duke!” Razem burst out. “Father, have you gone mad? Duke Oler slaughtered women and children! He put the aged to the sword and spared no nursing mother! How can you–”

“Because he has no health left to him, and we would let him die in his homeland,” Marsede interrupted. “He is a frail old man himself, now, and while I would just as soon see him die on a sword as in his bed, I will take any advantage I have that might yield me a temporary truce. If they will give us our Hawk in exchange for their dying Duke, I will take that trade.”

“Damn you,” Razem growled. “You are not the father I thought I had.”

“And you are not the son I would wish for!” Marsede snapped. “But you will go to Salishok, and you will exchange their damned duke for our war hero Jacin Hawek, and that is final!” He slapped his palm against the wooden table with a crack that made Lord Birona jump.