And now I’ll turn it over!

A Trio of Excellent Japanese Female Fantasy Writers You Should Read

One of the problems with talking about genre books in translation is that of course genres are arbitrary. What the U.S. calls “horror” and “fantasy” and “science fiction” aren’t drawn with the same brush strokes in Japan. So often, anime and manga are what American think of as Japanese fantasy, and often Japanese speculative fiction writers feed into that tendency because “fantasy” is an awkwardly applied label anyway.

Don’t let that fool you, however. There’s a lot of good stuff in there that goes beyond anime and manga. I’m going to leave off the list some of the “older generation” of famous, surreal writers like Kobo Abe (Woman in the Dunes), Ryu Murakami (Coin Locker Babies), and  Haruki Murakami (Hard-Boiled Wonderland at the End of the World). Although if you want some sense of literary, surrealism intersecting with Japanese culture, go check them out. I’m also going to leave off the list authors who more or less write only what we would consider “horror” (like Koji Suzuki’s absolutely terrifying Ring Trilogy) or “science fiction” (Nick Mamatas’ imprint Haikasoru does an excellent job of listing some SF books for those of you interested.)

You can see why it’s so complicated, right? Well let’s get to the more fantasy-type books out there I can recommend to anyone who wants a more international view of what fantasy fiction can be or is looking for something a bit different than Game of Thrones.

This is a quest book. A scared, lonely schoolgirl named Yoko enters a fantastic world (somewhat based on Chinese mythology) and goes on a journey of self-discovery. But not with jolly companions and more with lots of demon-slaying. Ono started off as a more horror-esque writer and at times this adventure is quite dark, but the action is fast-paced and watching Yoko learn to stop being a wet noodle quite fun. 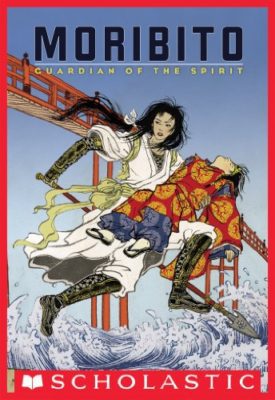 Balsa was a wanderer and warrior for hire. Then she rescued a boy flung into a raging river — and at that moment, her destiny changed. Now Balsa must protect the boy — the Prince Chagum — on his quest to deliver the great egg of the water spirit to its source in the sea. High-Fantasy with careful attention to themes such as displaced indigenous people and religious tolerance. The main character, Balsa, isn’t just a killing machine, nor is she sexualized and objectified as many (I’m looking at you Xena warrior princess) female warriors end up being. She has empathy despite being abrasive, and caring despite not being quite a motherly figure. There’s also lots of explosive action to keep you invested in the story.

The Gate of Sorrows by Miyuki Miyabe

If you don’t read this urban fantasy/crime thriller/horror story, then go read something else by Miyuki Miyabe. She’s an incredibly gifted and prolific writer. A series of murders shocks Tokyo’s Shinjuku ward, but Shigenori, a retired police detective, is instead obsessed with a gargoyle that seems to move. College freshman Kotaro launches a web-based investigation of the killer, and comes to find that answers may lie within an abandoned building in the center of Japan’s busiest neighborhood, and beyond the Gate of Sorrows. Probably a bit more centered on teen angst than your average U.S. urban fantasy.

Thanks, K! I’ve just added three more books to my TBR list for this year–wait, make that four, because Dream Eater is on my nook app right now!