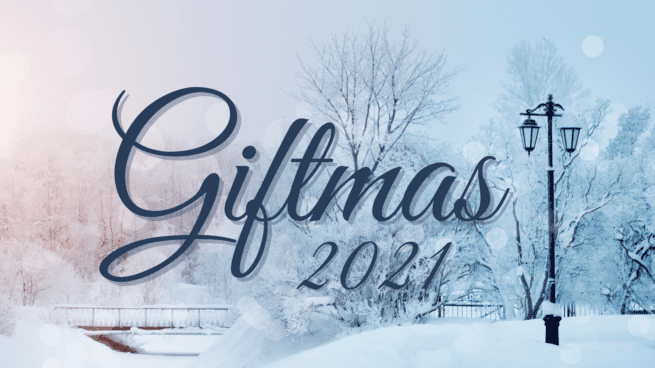 Every year I have the privilege of participating in Rhonda Parrish’s #Giftmas Blog Tour. A bunch of us get together virtually to raise support for Edmonton’s Food Bank. The food bank has the power of bulk purchasing at their behest, which means they can supply 3 meals with every dollar donated–and on top of that, US dollars, British pounds, and Euros go even further than CAD!

When I was a kid, the company my dad worked for closed, leaving him jobless at the end of November. It was a lousy time to be out of work, and we were lucky that all of my grandparents were able to provide a safety net for us. In addition, we attended a church that had a food pantry, which we had previously donated to and suddenly found ourselves partaking of.

Trust me, middle school sucks when you’re wearing hand-me-downs from your neighbors and can’t afford to buy Palmettos and Guess Jeans. (Dating myself here, aren’t I?) I was already the very Grangerest of Hermiones, and my lack of fashion just made it worse. But what doesn’t kill you…doesn’t kill you, right?

Admittedly, it took me a long time to understand the concept of “white privilege” because I thought growing up poor meant I wasn’t privileged. But once I started really interacting with the trauma that Dad’s job loss was for all of our family, I realized that I was actually extremely fortunate to have the support networks I did.

There are a lot of people out there who don’t have a support network like that. They’re the reason I participate in Giftmas every year.

Will you join forces with us and help create a support network for people in Edmonton? 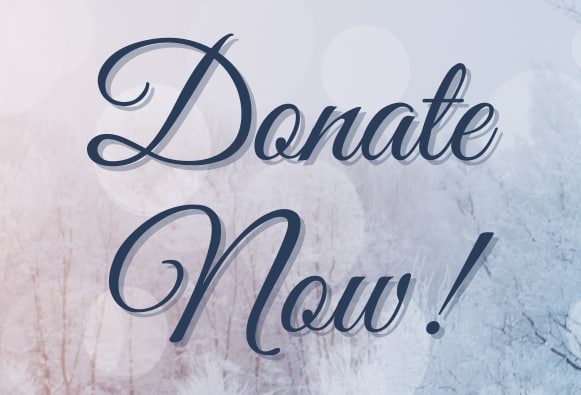 Even if you don’t have the financial means to donate this year, sharing a social media link to our blog posts or even the fundraiser would be a great help. Together we have the ability to do great things.

This year, we’re trying something new. Each person wrote a section of a story with no knowledge of what would happen after their section—a manner of storytelling called the Exquisite Corpse method. I had some very talented co-writers on this project, and Rhonda’s skilled editorial touch made the story work beautifully, even though we had no idea where it would end up!

Previous parts of the story are here:

And now, on to my part of the story!

And, for that matter, that she hadn’t been pretending.

Clover whickered in annoyance. “I forgot you wouldn’t know about that.” He ambled past her and moved along the drain, keeping well away from the edge so the water wouldn’t splash his hooves. “Seven years ago, the last of the dryads along this watercourse died. They’d been sickening for some time, but none of them could tell us why.”

Cherie kept pace with Clover, glad he was walking between her and the foul water. A noxious smell rose from the watercourse, and the rocks along the edge were rimmed with orange slime.

The flying horse continued, “Our wise women and healers tried everything to find the source of the illness, but all they could tell us was that the water was somehow corrupted.”

Clover stopped walking. After a moment, he whuffled out a sad sound. “After his beloved Willow perished, the last of the dryads to hold out against the sickness, Sir Eldrick declared he would find the source of the corruption and purify the water, or die trying.”

Cherie wanted to ask what happened, but there were lines of tension in Clover’s stance that made it obvious that whatever happened wasn’t good. She rested a hand on Clover’s withers, hoping it would comfort him. She didn’t remember Sir Eldrick, either. But the dryads…oh, she remembered dancing in fairy circles with the dryads and naiads and other denizens of the forest. It was hard to imagine all of them were gone.

After several moments of quiet, the only sound the lethargic trickling of the water drain, Clover lowered his head. “Sir Eldrick never emerged from the East Tower. He never sent word. The corruption continued. And three nights ago, we all dreamed of the river running red with blood.” 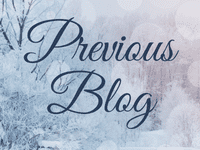 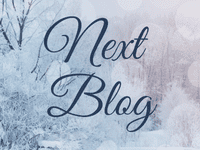 While you’re waiting for Pete Aldin’s section to post tomorrow, would you consider donating to Edmonton’s Food Bank? I know the last two years have been pretty rough for most of us. But every little bit you can contribute matters. If you can’t contribute financially, please share this on Facebook or Tweet about it to give us a signal boost.

The Rest of the Story