If you’d asked me a few years ago, I would tell you I wasn’t really interested in self-publishing. In my mind, it still lacked the cachet of traditional publishing, despite the way e-readers and CreateSpace have been revolutionizing the world of self-publishing.

I’d seen a lot of crap that was self-published. So have you. Sure, there’s a lot of great stuff out there, but it’s hard to weed through the dreck in order to find the good stuff. And a lot of self-published authors have trouble getting a respectable number of reviews, which are a huge factor in selling on places like Amazon and BN.com.

Then I attended a Writers Digest Editors Intensive in Cincinnati where Jane Friedman gave a dynamic talk about self-publishing and author platform. A while later I met Laura Van Arendonk Baugh and Elizabeth McCoy, two self-published authors who are in different stages of their careers, but both of whom are doing well for themselves. I did a lot of reading and kicked around the idea, but I never really committed. I still wanted that coveted traditional publishing contract. I still do. But then Joe Konrath issued his 8-Hour Ebook Challenge in August and Laura told me about it.

When I saw Konrath’s challenge, I recognized it for the kick in the pants I’d been needing. I was working on a novel at the time, and I’d been thinking about two of the main characters in particular and how they met. It was a good time for me to tell that story.

Of course, Stormsinger didn’t end up being the story of how Arama and Lozar met. That’ll be told someday. But it was a story about them and their off-beat relationship, and one of the many adventures they’ve had together, and it took me completely by surprise. I’m usually a plotter out the wazoo, but I pretty much pantsed that one, and I’m still very pleased with it. I’m working on a sequel this month, and I hope this year to finish and self-pub the novel that features these characters.

In the meantime, I’ve been hearing a lot about hybrid authors. A lot of established traditionally-published midlist authors are seeing huge success (as well as increased income) by making their backlist available as self-published ebooks. Other traditional authors, like Susan Wittig Albert, are embarking in self-publishing to pursue pet projects or things that traditional publishers don’t want to take a risk on. (I have to wonder if Albert’s traditional publishers are regretting that decision, as her indie novel A Wilder Rose made Kirkus’ Best Indie Books of 2013 list.)

So I’m now fully-committed to pursuing a hybrid path. I’m querying agents for my urban fantasy novel, Maze of Moments. I’m also working on two self-publishing projects at the moment, and I have another planned for the second half of 2014. Obviously, being your own publisher and publicist and sales force requires a different skill set than just writing a good story. I’ve been seeking out helpful resources and recommendations specifically for indie authors, and I’d like to share a few of my favorites with you. 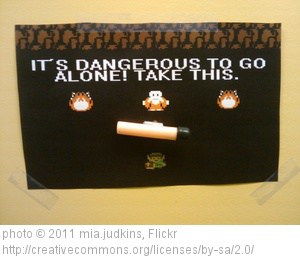 Over the past few months, I’ve discovered several blogs and websites that are useful for indie authors. This isn’t a comprehensive list, but hopefully it will introduce you to some resources you weren’t already aware of.

Writers Digest Editors Intensive Cheat Sheet – Though this is somewhat dated, since it’s from 2009 and the self-publishing world changes overnight, I want to share Jane Friedman’s collection of resources she discussed at the Editors Intensive. That two-day conference was one of the first real pushes I got towards becoming an indie author, and it still has a lot of valuable information for the complete newbie.

Scratch Magazine – Edited by Jane Friedman and Manjula Martin, ScratchMag explores the intersection of creativity and money. It’s a candid look at how indie authors and freelancers can make money doing what we love. The magazine isn’t free, but in my opinion it’s worth the (tax-deductible) subscription price. (August 2015 Update: Scratch published its last issue in July, but all issues are still available.)

Must Use Bigger Elephants – This is a fairly recent discovery for me, ever since I split my Feedly “Writing” category out into a couple of subsets and went looking for more people blogging about self-publishing. Patty Jansen blogs about self-publishing, writing, and other related topics. She also posts some amazing photos, and has a great post about self-published book covers.

Warrior Writers – This is Kristen Lamb’s blog, which Laura told me about just recently. Kristen is the author of We Are Not Alone–The Writer’s Guide to Social Media and Are You There, Blog? It’s Me, Writer. She helps authors connect to their readers and is a firm believer in the importance of community for writers. Her blog is full of great posts and insights.

CreativIndie – Derek Murphy’s tagline is “helping authors and artists sell more work, find financial freedom, live a meaningful adventure and make a powerful impact”. Despite his lack of an Oxford comma in the tagline, he has a lot of great things to say. He’s also created lots of great looking book covers you can format in Microsoft Word–a fantastic resource for any writer who isn’t artistically or design inclined. I reviewed his recent book Book Marketing Is Dead: Book Promotion Secrets You MUST Know BEFORE You Publish Your Book on Amazon. I found it to be a useful book with lots of practical advice.

These are just a few resources, but they’re some of my favorites. Do you have other resources you rely on? Leave a link in the comments and let me know!