Sorry it’s been a while since I posted! The museum where I work has its most important annual fundraiser in late August, and I got sick two days before the fundraiser and spent the next two weeks recovering. Summer colds are the worst, especially if you get completely soaked and walk around in wet socks for several hours!

Because I’m totally behind on my blog posts, I decided to pawn some of the work off on a friend. :) Today I present a short interview with Laura VanArendonk Baugh!

Laura has written some fabulous books, both fiction (historical fantasy and cozy mystery) and non-fiction (dog training), and has had her story “And Only the Eyes of Children” published in World Weaver Press’ FAE, the anthology I recommended in my last blog post. Laura and I have been online friends for a couple of years, and real-life friends for two years this December, and she introduced me to my current writing group, the excellent IndyScribes. Without further ado, here’s the interview!

What is the primary reason (or reasons) you decided to become an indie author? 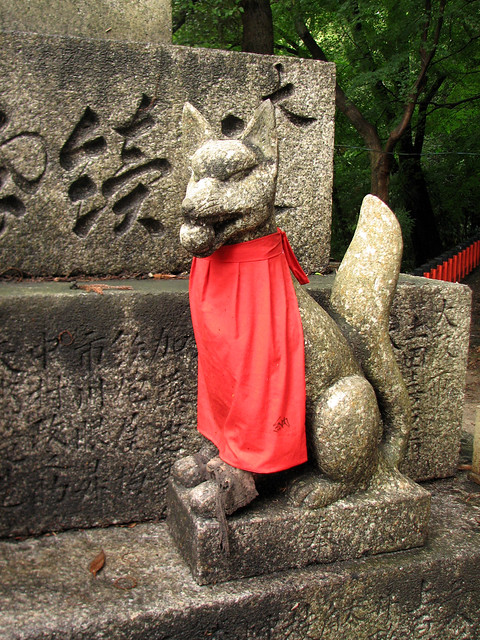 I never wanted to. Back when I started writing, or at least when I was old enough that people took me seriously when I said I wanted to keep writing, there was no “indie author” thing, only vanity publishing. Which was bad. And I knew I wanted to be taken seriously as a writer, so I needed to be published — because “traditional publishing” is a retronym and then it was just “real publishing.”

So I wrote, and I got rejected, and I kept writing. And then I sold a story which was accepted! And I was so proud! But the small press which bought it was struggling financially, and my story was shelved with a bunch of others. Three years later, my contract expired, and as I’d never even gotten an update in all that time, I didn’t feel like trying to renew or pursue that.

But I knew the story would be hard to sell again. It was an awkward length — too long for most anthologies, too short for most stand-alones. It was an awkward setting — set in a period of Japanese history few but Japanophiles had heard of, featuring unfamiliar folklore and unfamiliar magic. Even its title wasn’t in English.

But self-publishing was slowly becoming more acceptable and more profitable. So eventually I decided to self-publish, because what could it hurt, really?

I’m so glad I did. Now that awkward story is my #2 seller, and the start of a series.

What do you think is the best thing about self-publishing?

The control. I can choose to take to market a book which isn’t in a hot genre or on a hot topic or featuring known blockbuster elements. I can take risks. And it can pay off, like the awkward book which is now my #2 seller. I can choose my own cover art, write my own description to sound like my book instead of the current #1, and I can do it all within my own time frame rather than waiting the 18-24 months typical in my genres traditionally.

What do you think is the worst thing about self-publishing?

The control. If I make a dumb decision, I’ve got no one else to blame. If the cover art stinks, if the description doesn’t sell, or if I just put out an inferior book, that’s all on me. I need to know enough to know what I don’t know, and know what I can’t do. (For me, one of those is covers — I usually have a rough concept and then hire a professional.) And if I rush a book, put it out before it’s ready, that’s all on me, too.

I personally am very glad that I pursued traditional publishing for years (and still do, depending on the project) and so did not self-publish early. Ray Bradbury suggested that, in the effort to become a good writer, “Your first million words don’t count.” There’s a real danger in the ability to instantly self-gratify, without being forced to revise and polish to a competitive and professional standard. We’ve all seen NaNo novels published in December, or people self-publishing after a couple of agent rejections when, just maybe, they could have used that rejection instead to improve the book. It’s easy for people to justify laziness or poor work with, “But this is my voice, my art, and no one else gets to judge.” Well, maybe that’s true! but I want to put out something I’ll still be proud of years later.

What is the most painful lesson you have learned as an indie author?

Wow, there’s really no way to answer this without sounding like a whiny entitled brat, I think. So here goes!

Y’know how Jesus said a prophet has no honor in his own country? That goes for writers, too. I made the mistake of getting publicly excited about early successes — Kitsune-Tsuki won a minor award within a week of release, and my second book sold ridiculously well in its first year — and I learned there are a few haters in my social circle. In the same way that you can’t offer professional advice to friends or family, because it’s not worthwhile if they didn’t pay for it from a strange professional, even many reader friends will be unimpressed or actually hostile toward your books — perhaps because it breaks their idea of authors being strange, artistic, ethereal beings hunched over a typewriter in a stone tower or something, I dunno.

But that’s okay; it’s important for writers to remember that people are family and friends because of birth or because of common interests, not because they like your books. I should have realized this sooner, and while it’s commonly suggested to ask for feedback and reviews from friends and family, I’d advise against it. If they want to read it, they will. If they don’t want to read it, you’re just going to make things awkward. I’ve had not one, but two cases of someone telling me that the manuscript I’d given them for feedback was never finished, but used for scratch paper and kids’ drawing paper. (In both cases, they’d asked for it! but that might have been a sense of obligation rather than real enthusiasm.) That’s my fault for not recognizing from the start that we all have different genre tastes, etc. and it’s unwise to push a book onto someone even without personal relationships cluttering things up.

And it clears the way, because on the other hand, some people will be wildly supportive and enthusiastic. They will pick up your books because they’re genuinely interested in them, not because of guilt or social pressure, and you’ll get more genuine feedback. And I love that, while I rarely talk about my books outside of it, I do have this inner circle, a secret society who actually makes in-jokes or asks me what’s coming next. That’s worth so much more than someone saying something pleasant out of obligation.

What, if anything, do you think has changed since you became a hybrid author?

Almost nothing! When I first self-published, and I was still struggling with the “vanity publishing” shadow, I reassured myself that I had indeed been good enough to be traditionally published, I’d gotten a contract, it just hadn’t gone through — but through no fault of mine. Selling traditionally is a great reassurance that yes, I’m good enough, and people like me! and if I didn’t have that first acceptance letter behind me, I’d probably be more reassured by the latter ones.

Now, however, I can throw around the term “hybrid author” if I want to. If I ever see a social advantage to that, I’ll be sure to do so.

Please share one piece of advice you have for aspiring indie authors.

Don’t be intimidated by the market — forget the trends, forget the predictions, write what you want. But having written what you want, revise and edit and polish and scour, and then package in a gorgeous cover and clean copy-editing and crisp layout, and put out a book which is utterly indistinguishable from a traditionally published book. The only allowable exception is if your book is better than a traditionally published book. If you can’t be bothered because you’re an artiste and not a business hack, or if you truly can’t judge appropriately if your book is professional and competitive, then secure professional assistance by going the traditional route. Going indie doesn’t mean taking shortcuts or permitting laziness, it means working harder.

So there you have it! Please check out Laura’s website, where you can get to know more about her and buy her books! Thanks, Laura, for taking the time to add to the Self-Pub 101 series! :)